All homes are not the same. Just like a vehicle, technologies evolve over time. The construction methods and safety items are continuously improving.  Older homes may have components that are, well, old. If you are buying a house that was built in the 1950’s or 1960’s, there are some things you must consider so that you are not disappointed once you move in. Your home inspector should identify certain components of the house even if they are functioning properly. They may be old, consist of old technology, or may not be sufficient for today’s modern families. These components include electric service panels, ungrounded circuits, furnaces, insulation, windows, etc.

Older electric panels can be under-sized. An electric panel that provides less than 100 AMP’s may not provide enough electricity for your family. In the 1950’s a house may have had one TV – if they were affluent. In the kitchen, countertop appliances consisted of a percolator and maybe an electric can opener. That’s it! Today it is common for a house to have multiple large TV’s, AV systems, microwave ovens, large refrigerators, multiple computers, ceiling fans, hair dryers, hot tubs, etc. These items use a lot of power. If the electric system of the house has not been upgraded, it may not be grounded (and not as safe!) and may not be able to accommodate your electrical demand. You may need to budget for an upgrade of the electrical system. Older furnaces have several problems. Due to the moderate climate in San Diego, we often see original furnaces in old house. They may still be functional, but these old units are inefficient, noisy, and a fire hazard. They lack many of the safety features that are now built into furnaces such as over-heat protection, and panel cover shut off switches. Old furnaces use much more gas because they still have a pilot light instead of electronic ignition. Furnaces are expected to last 20 years. Old heating systems may also include components that contain asbestos. Determining the presence of asbestos is beyond the scope of a home inspection. But your home inspector 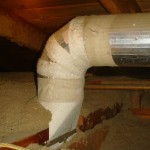 should have the knowledge to identify components that may contain asbestos. Replacing ducting that contains asbestos can incur added costs. 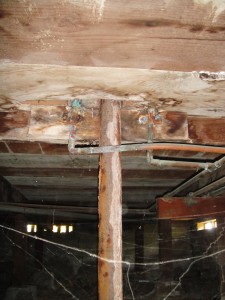 Another system that may be near the end of its useful life is the plumbing system. Older homes were plumbed with galvanized steel pipes which do rust over time. And old cast iron drain lines have a life expectancy of 40 – 50 years. Often these pipes may look OK, but a video scan is recommended. The cast iron drain lines rust from the inside. Upgrading the drainage system can be costly. A video scan is highly recommended in addition to a home inspection, as home inspectors do not perform video scans of the drain lines. Older homes in San Diego may also be lacking any insulation, and older windows are not as thermally efficient as modern windows. Many incentives and tax credits exist to upgrade the components of your house. Be sure to ask your home inspector to report on the age and condition of these items as they can be very expensive to replace. Please read more information about houses built in the 1950’s in our free insider’s guide Buying a House Built in the 1950’s. To learn more about what should be included in a thorough inspection, please visit sdinspect.com

Is Chinese Drywall Making Your House Sick?
When and Where are GFCI Receptacles Required?