The Real Estate Inspection Company is headquartered in North San Diego County. We offer the highest level evaluation of your home. Our home 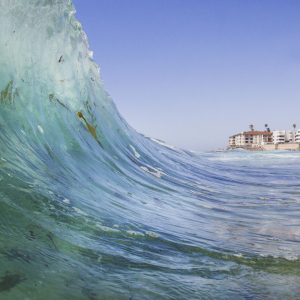 inspectors inspect thousands of homes every year using state-of-the-art testing equipment and reporting software. Our inspectors are trained to specifically look for common defects found in Carlsbad such as Polybutylene plumbing (common in homes from 1985 – 1994), worn roof under-layment, moisture issues, failed windows, and a host of problems affecting homes in the area.

When deciding on a home inspection company in Carlsbad, take the time to compare the reports produced by each company. After all, the report is what you will use to request repairs, negotiate further on the price, or just have the peace of mind that the house you are buying is A-OK. We offer the best reports available by incorporating video, color pictures, links to additional content and a clear explanation of any defects.

In addition to the report, be sure the company and its inspectors have the experience to do a good job and stand behind their work. We offer a Home Inspection Guarantee which is only offered by the top inspection companies.

Get the Insiders Guide to Home Inspections:

The City of Carlsbad is a scenic coastal community of nearly 105,000 residents located 35 miles north of the city of San Diego. The city covers 42.8 square miles, 40 percent of which is dedicated to open space, including three lagoons, miles of hiking trails and nearly seven miles of coastline.

Carlsbad is located about 40 minutes north of the San Diego International Airport and Downtown San Diego. The town has the charm of a unique European village. Activities range from world class golf, fine dining, spas, seven miles of beaches, theme parks, a lagoon, and even caves.

Because of the ideal climate and its location between Los Angeles and San Diego, Carlsbad is a convenient and popular vacation destination, and a prized place to live. Activities in Carlsbad include:

The City of Carlsbad is named for a famed 19th century spa in Europe, yet its history reflects the heritage of many cultures. The area known today as Carlsbad was claimed as a territory by Spain and then by Mexico before becoming a part of the United States. The shoreline of Carlsbad’s coastal lagoon was home to the indigenous Luiseno and Diegueños Indians for centuries before the arrival of the Spaniards.

1769 – Dispatched by the king of Spain, Conquistador Don Gaspar de Portola and Franciscan priest Juan Crespi arrived in Alta California. Blazing the trail now known as El Camino Real, the troops camped upwind from an old fishing village, which inspired them to christened the lagoon: Agua Hedionda or Stinking Water.

1798 – Spain maintained its remote territory of California by establishing missions and pueblos for its converts. Mission San Luis Rey was founded 10 miles north of Agua Hedionda lagoon in 1798.

The Franciscans finally lost their hold over the locals five years after Mexico won its independence from Spain in 1821. In 1833, the wealthy mission holdings were secularized and grants were made available from the Mexican government. Although the land grants were to be distributed to all, it was the influential Californios, second-generation Hispanics, who laid claim to the majority of the land.

1843 – Juan Maria Romouldo Marron claimed 13,000 acres surrounding Agua Hedionda Lagoon in 1843. He and his wife operated several San Diego businesses and Rancho Agua Hedionda. After Marron’s death in 1853, the ranch was foreclosed in 1860. The new owner was American Francis J. Hinton. Hinton died in 1870. Hinton’s heir was his ranch foreman, a hardworking Irish man named Robert Kelly. After his death in 1890, Kelly passed the ranch on to his nine nieces and nephews.

1868 – The children of Kelly’s older brother Matthew arrived in 1868 to homestead 10,000 acres immediately south of Rancho Agua Hedionda. To this day, Kelly descendants have continued to maintain their portion of Rancho Los Kiotes. Perhaps the most significant aspect of Kelly’s legacy was the 40-acre coastal right-of-way deeded to the railroad. The Arizona Eastern Railway’s arrival in 1883 heralded a new era, opening up the land between Los Angeles and San Diego to anyone with a dream.

1886 – John Frazier, founder and director of the Good Samaritan Mission in Los Angeles, took over a homestead claim of 127 acres north and west of Rancho Agua Hedionda. While drilling a well, he tapped artesian and mineral springs. The watering hole became famous for its spring’s apparent medicinal powers among thirsty train passengers passing through, and Frazier’s Station became a popular tourist spot.

In 1886, Gerhard Schutte and Samuel Church Smith, two Nebraskans with dreams of building a town of “small farms and gracious homes,” purchased Frazier’s holdings, plus 275 adjoining acres to embark on their vision. When analysis of the well’s mineral water indicated the same properties of a famous health spa in Karlsbad, Bohemia, the name “Carlsbad” was a natural choice.

1914 – Carlsbad’s population of about 300 remained constant until 1914 when railroad money brought in by South Coast Land Company secured water rights from Oceanside. Dry farming, the town’s principle industry, was expanded to include flowers and fruit, such as avocados. The railroad packing shed became a vital hub of the community, and a rise in tourism proved that Carlsbad’s climate and setting benefited people, as well as plants.

In 1915, Roy G. Chase became the Station Master in Carlsbad’s 1880s Victorian Depot. He also opened a general store, was a real estate agent and operated a trucking and construction company. He was not a home inspector in Carlsbad. In 1922, he organized Carlsbad’s first Chamber of Commerce.

1920’s – By the mid-1920s Carlsbad had its own school district, several new churches, a movie theater and a newspaper, the “Carlsbad Journal.” The Depression was weathered with the economic support of a new group of settlers from Los Angeles, members of the Hollywood film industry who built second homes and devoted their weekends to gentleman farming.

The proximity to Camp Pendleton brought the world to Carlsbad’s doorstep after the attack on Pearl Harbor in 1941. And its post-war boom was based largely on veterans returning to the sleepy little beach town of their wartime memories.

By 1952, growth led to Carlsbad’s incorporation. Since then, the city’s population has increased nearly 700 percent and has expanded three times its original size, yet much remains the same. To the west and north, the friendly small-town atmosphere envisioned by Schutte and Smith remains a vibrant feature of Carlsbad’s historic downtown.

Find out more on the history, events and people of Carlsbad in the books: Windows on the Past by Susan Gutierrez and Seekers of the Spring by Marje Howard-Jones.

If you need a home inspector in Carlsbad, be sure to check out The Real Estate Inspection Company. We are the largest home inspection company in San Diego, and we include a thermal image scan of your house with every general home inspection. We also back up our inspections with the only guarantee in San Diego.