Looking for a Home Inspector Poway?

Poway is home to a wide range of homes – from condos and old houses to multi-million dollar estates. The Real Estate Inspection Company is one of the largest inspection companies in San Diego, and we have the technology and resources to provide you with the best inspection available. We are available to perforn home inspections for you, and we provide the same level of care for a small house as we do for a large house. We understand that your house is your castle no matter the size.

The City of Poway incorporated in December 1980 as a full-service, general law City and operates under the Council/Manager form of government. Poway, with a population of approximately 50,542 residents, is a unique 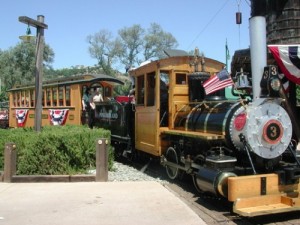 community in San Diego County. Located in northeast San Diego County, Poway is known as “The City in the Country” and prides itself on the fact that over half of the City’s 39.4 square-mile area is preserved as dedicated open space. Poway consistently has the lowest overall crime rates of the cities in San Diego County since 1981, and one of the overall lowest in the state. Poway has a high standard of living and is characterized as an upper middle class community with a median family income of $78,000.

Poway is located three miles east of Interstate 15, and just west of Highway 67. The San Diego International Airport is located 24 miles south of the City. Public transportation service is provided by the Metropolitan Transit System, including an intra-City route and several commuter routes. Activities that are close to Poway include:

In 1887, about 800 people lived and farmed in Poway. Around the turn of the century, Poway farmers had moderate success in the production and vending of fruit, grain, and dairy products. Expansion, however, failed to follow agricultural success. Though the farmers prospered, the town existed in a static state for decades, varying only slightly in population, demographics, crop selection, and the like.

Poway has a creek and fertile soil, but the lack of easily available water prevented the settlement from attracting large-scale farmers and the accompanying population growth. Not until 1954 did the town establish the Poway Municipal Water District, which utilizes water from the Colorado River Aqueduct to irrigate all of Poway’s 10,000 acres (40 km²). When water came to the town, people did as well. In 1957, following the sewer system’s completion, developers built housing tracts, and modern Poway grew from there. In 1980 Poway incorporated and officially became the City of Poway (nicknamed “the City in the Country”) rather than a part of San Diego. Poway no longer depends on agriculture for its primary source of income and has instead transitioned into a residential community for those who work for employers in and around the San Diego area. According to a recent state government estimate, the population of Poway has grown since that last census to 50,542.